The history about library

History of the library of E.A. Buketov  Karaganda State University originates from the opening of the Teachers' Institute in Karaganda (1938). From the funds of the Leningrad State University, educational literature on literary studies, linguistics, history, and philosophy was sent here. There were books from other university libraries of the Soviet Union. In total, the fund had 1500 copies of publications. The staff consisted of two librarians.

In 1952, just before reorganization of the Teachers' Institute into the Pedagogical, the book fund consisted of 37,000 copies of textbooks, monographs, and literary texts. The library developed together with the university: reading rooms, lending libraries opened in the dormitories and educational buildings, the information service began to develop. Staff and reader catalogs were created.

In 1972, Karaganda State University was established on the basis of the Pedagogical Institute. In the library departments of acquisition, cataloging, main book storage were opened. The development of science at the university influenced the inclusion of the library in the interlibrary service system (ISS). In the 1980s, book exchange with the libraries of most of the universities of the Soviet Union was organized: Irkutsk, Petrozavodsk, Tomsk, Novosibirsk, Kazan and others.

The library received books from the University Press, gifts from teachers, new books from all the largest publishing houses of Kazakhstan, Ukraine, Russia, Belarus, whole collections from the historical library of Tomsk University. These collections later formed the fund of rare books.

In 1978, most of the books (humanities) were housed in a new building in the South-East. For the first time students began to study in large bright reading rooms, a specialized hall of catalogs.

In the years since, the planned acquisition of funds of all specialties began, educational libraries were established at the faculties. Gradually, book funds moved to specialized departments. The funds of periodicals were ordered, a reference and search apparatus of them was created (a card catalog of periodicals and continuing editions).

In the 90’s the University library was influenced by two factors: violation of bookselling and interlibrary relations with former Soviet republics, for political reasons, and involvement of our society in the world information process.

Since February 1996, the electronic catalog has been maintained in the library. Since 1999, It has been provided for use for students and teachers.

Since 1998, thanks to a grant from the Soros-Kazakhstan Foundation, access to the Internet from 3 computers has been opened in the reading room for teachers, and on October 1, 1999, an Internet room was opened on the basis of the same reading room with 14 computers on a assinged line. Thus, the university resources on access to global networks were combined.

In 1999, the Department of Scientific and Technical Information joined the library.

In 1997 the library received the status of the Scientific Library and was appointed by the Ministry of Education and Science as a methodical center for libraries, universities and colleges in the Karaganda region.

In 1996, the library of the Karaganda Pedagogical Institute was added to our library. Funds of the university library were enriched with fiction, textbooks and monographs on pedagogy. The structure of the library included 2 reading rooms and 3 lending libraries. In order to expand the range of information and services provided to users, the first multimedia hall was created within the library in 2004 (main building, room 206). In 2005, two more multimedia halls were opened in the educational libraries of buildings No. 8 and No. 9.

The reading hall of the professional art faculty (building No. 11) was opened on September 1, 2005. The number of seats was 30.

Since 2004, the library has been creating an electronic library of the University (EL). The EL included thematic full-text databases created by the library staff, electronic versions of the works and educational materials of the university teaching staff, "Bulletin of Karaganda University", as well as materials from the archive of the library's electronic documents.

Since 2004, the IRBIS system has been implemented due to which the EC is presented on the Internet. The entire database is converted into a new system, students and staff are trained to work in IRBIS. AWSs "Cataloguer", "Packager", "Administrator" were implemented.

On results of work for 2005 the library became the best subdivision of the university.

In May 2006, the library along with other departments of the university received a certificate from the firm SGS (Switzerland) on the introduction of the KSU E.A. Buketov Quality Management Systems.

On September 1, a presentation of the modernized reading room was held, which was equipped with seating for 20 computers.

On the same day, the library of the college of the University was opened.

On November 1, 2007, the opening of the Electronic Resources Hall was held, where INTERNET access is provided from 75 computers, an electronic library, full-text databases, satellite television; service is provided.

On December 1, 2008, authorized access to the full texts of the electronic library via the Internet was opened.

In August 2009, a reading room in the library of the college for 30 seats was opened.

In March 2010, the library along with other units of the university successfully passed institutional accreditation.

In November 2010, the transition to the IRBIS-64 software was carried out.

In May 2011, an electronic resources room was opened in the building №3, in which access to information is provided from 30 computers.

The halls are equipped with interactive whiteboards, projectors, bookbinders and other office equipment.

Users are provided with Internet resources and more than 20 subscriptional and all-university full-text and bibliographic databases.

In 2012, for the first time, 70 electronic journals were issued, which are provided by the Russian Scientific Electronic Library (RUEL) through the portal eLIBRARY.ru

In December 2012, the equipment was received, and the transition to electronic book publishing started in the general reading room (main building).

In January 2013, an electronic service system (RFID technology) was introduced in the general reading room (main building). 2359 electronic readers' tickets have been issued to users.

In September 2013, an electronic resources hall for graduates with 40 seats was opened (building No. 4).

In February 2015, a biobibliographic index of literature "Evney Arystanovich Buketov" (on the occasion of the 90th anniversary of his birth) was published.

In May 2015, 5 library staff successfully graduated from the Chelyabinsk Academy of Culture in the field of "Information and Library Activity" (G.K. Abdigulova, K.T. Amanbayeva, S.A. Mukanova, J. A.Nurlanov, О.N. Shafeev).

In April 2016, an electronic resources room was opened in the building №11 (for students and teachers  of pedagogical faculty).

In July 2016, a subscription of educational and scientific literature for students and teachers of pedagogical faculty (building No. 11) was opened.

In August 2016 a information volume was published for the Collection of Works by Academician E. A. Buketov.

In October 2016, an institutional repository of the University was created - an electronic repository for publications of the teaching stuff of the Karaganda State University named after E.A. Buketov. The application for its registration in OpenDOAR, an open international catalog of free-access repositories, has been submitted.

In February 2017, the university repository was registered in the open international catalog of free access repositories - OpenDOAR and is available at http://opendoar.org. 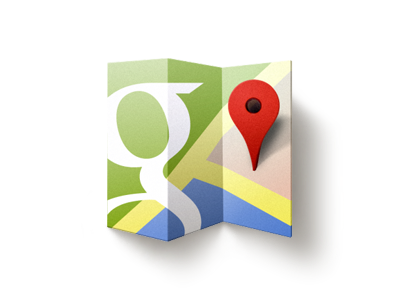